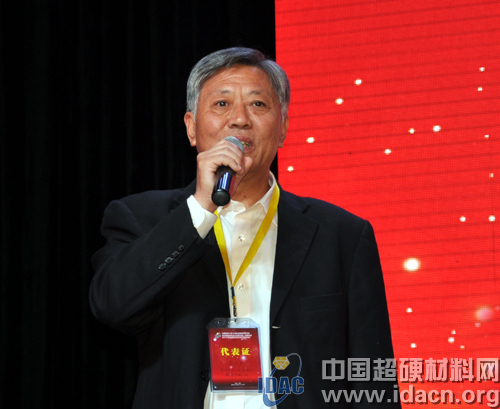 Over the past four years, the world situation, national policies, and the industry have undergone major changes. Under the direct leadership of the General Council and the strong support of the general membership, the Fourth Council has been full of the times. Enthusiasm, earnestly implement the scientific development concept, firmly grasp the key to improve the core competitiveness of enterprises, actively guide enterprises to make timely strategic adjustments, vigorously promote technological progress and scientific management, and strive to open up domestic and foreign markets for the development of the industry. Contributed to the industry to achieve sustainable development. The role of the â€œbridgeâ€ and â€œlinkâ€ of the club has been better played, and the influence, appeal, cohesion and combat effectiveness of the club have been effectively improved. The work of the club has been praised by the industry and commended by the General Conference. From 2009 to 2013, my branch won the honorary title of the advanced branch for 5 consecutive years. This is the result of the correct leadership of the board of directors. Supported results. On behalf of the Fourth Council, please allow me to pay high tribute to all the delegates and members of the group.

During the four-term term, the organization organized 30 domestic and international activities, including 11 domestic and international international events. The largest scale and most influential was the â€œSixth Zhengzhou International Superhard Materials and Products Seminar held in 2013 and a grand celebration of Chinese synthetic diamonds. The 50th Anniversary of the Birth, "China (Zhengzhou) International Abrasives Grinding Technology Development Forum Superhard Materials Forum", "Straits Cross-Strait Superhard Materials Technology Development Forum"; organized to participate in overseas international conferences and exhibitions 6 times; with the United States The German and Japanese trade associations held talks five times and reached a consensus on mutual support for each other's major activities; the China (Zhengzhou) International Abrasives Grinding Exhibition was newly opened with the rational director unit and successfully held two sessions; The â€œTwelfth Five-Yearâ€ development plan will include the main contents in the national planning and strategic emerging industries. Local enterprises have obtained and will continue to receive national policies and financial support; participated in the revision of the national professional ceremony and organized the preparation of the abrasives industry. National standards for two types of occupations (abrasives and abrasives manufacturers); 8 batches of jobs Industry skills training, 541 participants, successfully issued 89 senior work certificates, 172 intermediate workers, 214 primary workers; organized the publication of the "China Superhard Materials Industry Fifty Years" history book, editing and publishing yearbooks, magazines, essays It is 136 volumes (2009~2014.9), accounting for 50.52 million words. It has won the title of advanced club for five consecutive years, and has entered the duties of the secretary-general and completed the tasks assigned by the council and the general assembly.

For more than four years, under the correct leadership of the General Conference and with the support of the general membership units, the work of this club has achieved some results, striving for good policies, doing some practical things for the development of the whole industry, and getting more general meetings. The second prize and the praise of the member units. On behalf of the 4th Council, I would like to express my deep respect for the concern and support of the leaders of the General Assembly. I would like to express my sincere gratitude to the members and industry leaders for their support! However, there are many things that need to be improved in the work of the fourth session of the Council. It is hoped that the forthcoming Fifth Council will continue to carry forward the fine traditions of the Fourth Council, overcome the shortcomings of the Fourth Council, and develop the superhard materials industry, catch up with the world's advanced level, and achieve the great goal of becoming a superhard material power. Make a bigger contribution!

PRODUCT APPLICATION: ZPA has a higher phosphate content than Zinc Phosphate.The absence of basic components in the pigment makes ZPA a versatile pigment for many applications.

Protect against weathering. Store in a dry place and avoid extreme fluctuations in temperature. Special conditions for opened packaging: Close bags after use to prevent the absorption of moisture and contamination