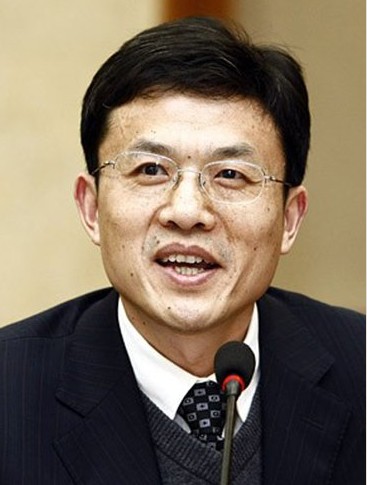 Yin Zhongli, deputy director of the Financial Market Research Office of the Institute of Finance of the Chinese Academy of Social Sciences, from the spirit of the Central Economic Work Conference, insists that the policy of real estate regulation and control will not be loose, showing the decision-making level to change the economic growth mode and adjust the economic structure, and hope that the Chinese economy will get rid of Excessive reliance on the real estate market has prompted the upgrading of manufacturing technology, making the manufacturing industry truly a strong country. This direction is quite correct, but the challenge is huge, and overcapacity is a test. First, the growth rate of exports has slowed down, putting pressure on capacity release. China's globalization is promoted by foreign investment. Export-related industrial investment is almost always dominated by foreign investors in the initial stage. Foreign investors are not allowed to overcapacity. However, when the strength of private capital and local government was greatly enhanced, the systemic problem of â€œrepetitive investmentâ€ began to reappear. After the rapid expansion of production capacity, there will inevitably be mutual price hikes. Once the demand in the international market decreases, the entire industry is hit hard. The photovoltaic industry is a typical case. According to the China PV Industry Development Report, China's PV industry experienced a rapid development process after 2004, with an annual growth rate of more than 100% for five consecutive years. After the rapid expansion of investment, there was a serious excess in production capacity. 95% of China's PV products are exported, and the European market has always been the focus. Due to the European debt crisis, European countries have lowered their subsidies for photovoltaic cells and reduced their demand for photovoltaic products. The result is a serious crisis in China's PV industry. The photovoltaic industry is only a microcosm of many export industries. Due to the fiscal debt crisis in Europe and the United States, China's export demand has declined significantly since the second half of 2011. If the trend is not significantly improved, many industries that are export-oriented in 2012 will experience overcapacity. The blow. Second, the slowdown in real estate investment will cause serious overcapacity in related industries. Another important factor in getting the Chinese economy out of the overcapacity cycle is the rise of the real estate industry. Stimulated by the loose monetary policy in 2009 and 2010, real estate investment growth was very strong, stimulating demand for steel. The optimistic expectations stimulated the rapid growth of investment in the steel industry. Once real estate investment slowed down, the steel industry immediately suffered from capacity. Excessive blows. From January to October 2011, ferrous metal mining, smelting and rolling processing industry completed fixed assets investment of 416.52 billion yuan, an increase of 18.5%. With the slowdown in real estate sales, real estate investment has slowed since September, and steel sales have problems. In October, the losses of 77 steel companies increased from 9 in September to 25, and the loss increased to 32.5%. The loss was 2.125 billion yuan, an increase of 1.83 billion yuan from September. Total profit and sales margin in October have fallen to 1.38 billion yuan and 0.47%, respectively, hitting a new low for the year. In terms of production capacity, China's steel, cement, coal, non-ferrous metals (mainly copper) production has reached or exceeded half of global production. If real estate investment slows down, these products will face the threat of overcapacity. Therefore, the biggest challenge facing the Chinese economy in 2012 is overcapacity.