The torque factor reflects the relationship between the axial preload of the bolt and the tightening torque. For high-strength bolted connections that are widely used in important applications such as automobiles, aviation, railways, petrochemicals, nuclear power, bridges and steel structures, the bolt pre-tightening force must be accurately controlled to ensure the safety and reliability of the joint structure. Improper preload will cause damage to the connection structure. If the bolt pre-tightening force is too large, the bolt may be broken, the connected parts may be crushed, bitten, twisted or broken, or the thread may be cut and tripped; the bolt pre-tightening force is insufficient, and the joint is slipped. , separation or loose fasteners, reducing the fatigue life of the bolt. Once the bolt connection fails, it will have serious consequences. On June 29, 2010, the "Space Trek" game cabin equipment in the East China Sea of â€‹â€‹Shenzhen City suffered from the sudden failure of bolts, causing the tragedy of 48 tourists and 6 deaths and 10 injuries. Controlling the pre-tightening force by controlling the tightening torque is a commonly used method in engineering practice. There are many factors affecting the change of bolt torque coefficient. Carrying out research in this aspect, trying to reduce the torque coefficient value and improve its stability is of great significance for ensuring the safe operation of bolted joints.

The general structure of the bolted joint is shown in Figure 1. Due to the tightening torque T, an axial preload force F is generated between the threaded connecting piece and the connected piece. If the nominal diameter of the thread is d, the coefficient K is defined.

Where K is the bolt torque factor, which reflects the relationship between the tightening torque of the bolted joint and the preload. According to the mechanical model analysis in [1], it can be further derived. 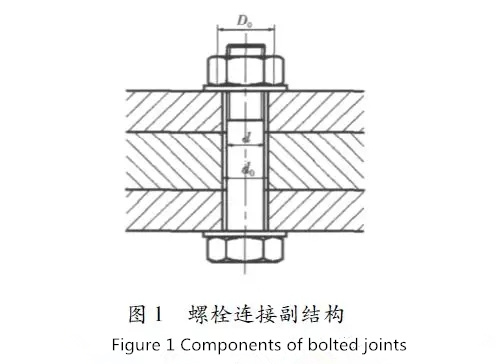 The magnitude and variation of the torque coefficient have important guiding significance for the design, manufacture and installation of bolted joints. For example: 1 When designing, the pre-tightening force is the basic data in the design calculation. It is necessary to accurately know the torque coefficient value to conveniently indicate the torque control value in the design pattern. 2 When manufacturing, select the reasonable surface treatment by improving the bolt production process. Ways, strengthen the quality assurance system, improve the precision of thread manufacturing, reduce the torque coefficient value and improve its relative stability; 3 When assembling, the speed of bolt tightening and the number of cyclic tightening should be strictly controlled, and the bolts that have not been used for a long time should be tightened. Grease is applied during the process to reduce the torque factor value.

magic Drawing Board, glow in the dark drawing board, glow doodle board